Can I Run Terrorist Elimination

Can You Run It?

Terrorist Elimination is an intense and hardcore FPS game with a simple objective: eliminate terrorists, get paid, buy better weapons, eliminate more terrorists. It's hardcore because there are no saves/loads, there is no HP or armor UI, and there most certainly aren't any check points! Terrorist Elimination will run on systems rocking a GPU from the GeForce 400 series or the Radeon HD 6000 series. 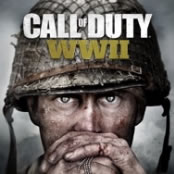 What Will Run It?

Below are some gaming computers with images that show how many games will run on each. Each computer was tested against the minimum and recommended requirements of over 8,500 of the latest PC games. Click here for more options.